A Brief History of Internet Memes in Turkey

A Brief History of Internet Memes in Turkey

One of the ways in which the Internet is essential these days is that it has become an important outlet for humor as well. Be it watching comedy Youtube channels, following funny Twitter accounts, or browsing Tumblr for whimsical content, it has become an essential part of many people’s daily routine to view entertaining content. This article will give a brief explanation of how Internet memes, or caps as they are called in Turkish, came to be and how they dominate the online humor discourse in Turkey.

It is important to look at Turkish memes or caps since it is reported that Turkish Internet users over the age of 15 are the most active and engaged users of the Internet overall in Europe, measured through time spent and the amount of content consumed on the Internet (comScore, 2009). This has resulted in a proliferation of Internet humor in Turkish and many outlets of memes and caps, to a point where even the online marketing campaigns of brands that targeted young people were styled in such memes or caps.

The term “meme” was first defined by Richard Dawkins, long before it became a part of the Internet lingo. Dawkins defined it in relation to genetics, as a “new kind of replicator” for cultural ideas, practices and catch phrases of cultural information. He added that successful memes are imitated and proliferated by individuals and spread to others, enabling a “memetic” behavior (Dawkins 1989). Although Dawkins defined memes in terms of the field of genetics in relation to culture, through the culture part Internet memes are being “passed along from person to person, yet gradually scale into a shared social phenomenon” (Shifman 2013, p. 364). The case of caps illustrates this social penetration and reproduction of such humor.

In Turkey, caps first spawned through a website called Incisozluk, an online platform launched in 2009 that resembles a dictionary, where members can define any term, person or action in an interactive manner. Members, also called authors (yazarlar in Turkish) can write definitions about anything and everything, from a single line to paragraphs, as well as uploading links to certain images or videos that explain the subject, which gave birth to caps. Authors started uploading digitally created images that related to the heading of the subject to be defined, visually placing the relevant image above, followed by a red strip below with the punch line delivering the joke in a white font. In terms of visual narrative, the red strip is crucial in grabbing attention, as the white text contrasts on the red in order to make the joke more clear and appealing. The image is usually of someone from popular culture, be it a politician or someone from TV or film; it is always someone that the audience of young Turkish people can easily identify.

Although there are many kinds of caps and some are not necessarily within a clear cut subset, the main “memetic” types of caps as Dawkins would call it, as in the sense of most reproduced caps, can be listed as political caps, ascertaining (tespit) caps and situation caps. Political caps are mainly concerned with famous political personas in Turkey and poking fun at their facial expressions or certain positions, using the politician’s political stance and personality as a backdrop to the joke. Ascertaining caps, or “tespit” as they are called in Turkish, make a specific joke out of a certain object or person. They identify different objects as indicators of a certain person, or a certain situation, thus “ascertaining” the items related to that specific notion. The third kind, situation caps, are usually accompanied by the subtitle “me when X (a situation) happens,” which are especially funny since they are very relatable by different kinds of people from different backgrounds. They all have variations within themselves, but usually employ the same aforementioned visual elements. 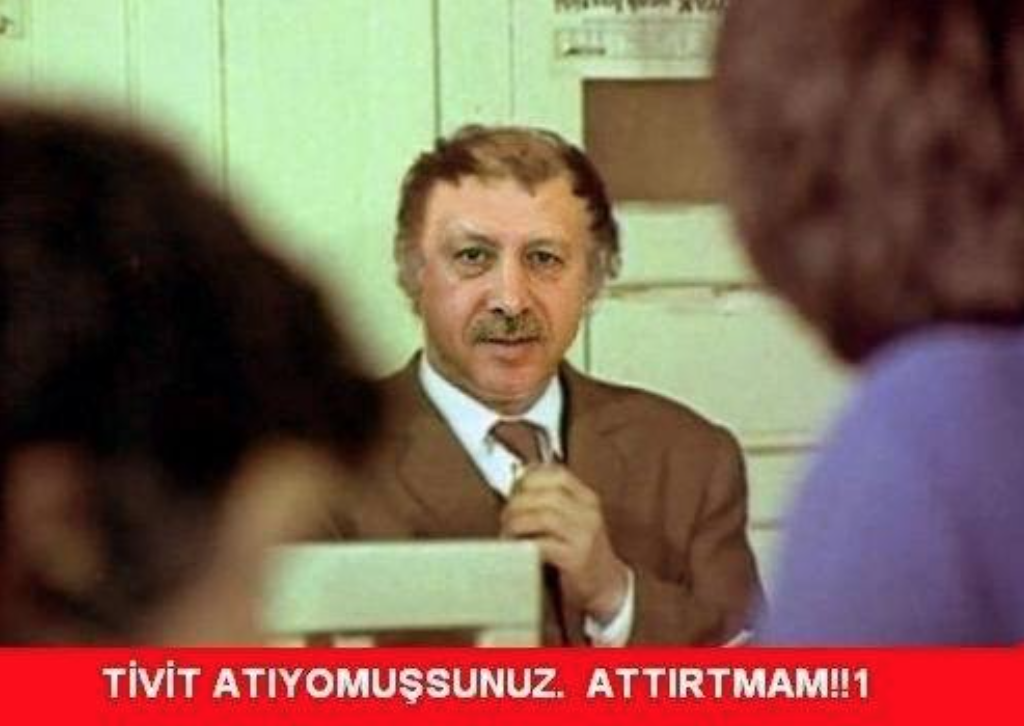 Figure 1 is a typical example of a political caps, with its visual elements and the subject of Turkish president Tayyip Erdogan. White text is placed on the red strip at the bottom. In some caps, when using the exclamation mark, the text follows in “!!1!1” with the number “1” present, as in the Turkish keyboard you need to shift 1 to make an exclamation mark, and failure to do it properly signals excitement while typing. Thus, even the use of a sloppy “!11!!” at the end of the punch line contributes to the overall joke, since it resembles the tone of the  subject speaking. Caps also often become pastiches of Turkish pop culture, such as in this case, where Erdogan’s  face  is  Photoshopped onto the character of “Mahmut Hodja,” a teacher very prominent in Turkish pop culture from a series of movies called Hababam Sınıfı from the 1970s, following the story of a class mischief in a private boys’ high school. Mahmut Hodja is known to be very strict on his students and his punch line in the film is “I won’t let you,” as he has a lot of lines saying “I won’t let you smoke” or “I won’t let you cheat in the test.” As Erdogan is known to be a rigid conservative politician who has limited the public’s access to social media often, this caps pokes fun at Erdogan’s actions through the usage of a film character from the 1970s, who is still known by everyone today. 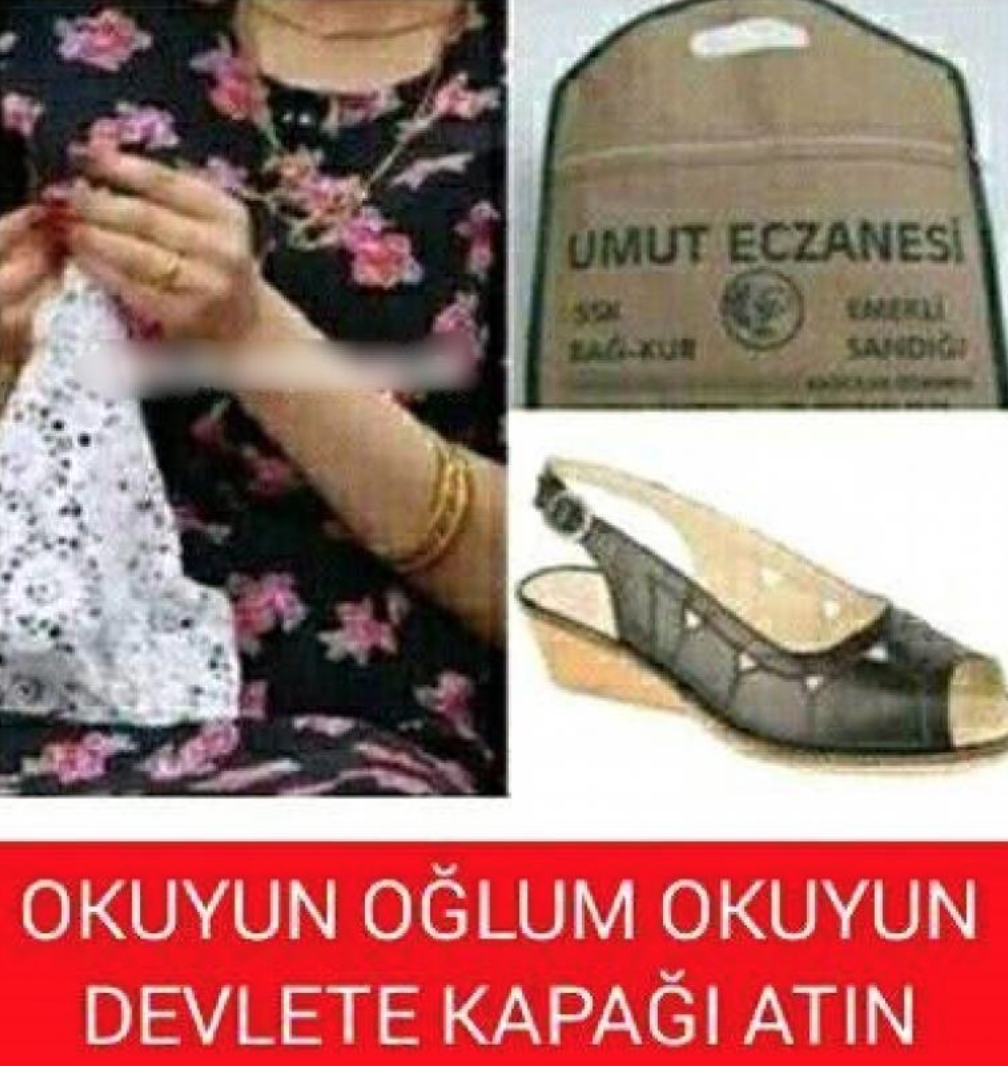 Figure 2 – “Study my son, study so that you can work for the Government”

Figure 2 entails the “tespit” caps, which ascertains a certain situation through images that talk about the specific situation without any other context needed. In this figure, the pictures of items belonging to a typical Turkish “Aunt” (older women would be called Teyze, aunt in Turkish even if there is no blood relationship), are being shown. The exact type of shoe, sewing as an activity, and a pharmacy tote bag, are in fact very common items/activities among Turkish aunties. The text is corresponding to an Auntie’s wish that her sons or member of their social circle can work for the government so that they can secure a stable and relatively high income, a dream for many Turkish families. In a sense, this caps resembles its English language counterpart, the “Starter Pack” memes, where items or activities describing a certain person are juxtaposed in order to illustrate the main subject of the joke.

The final caps archetype is the situation caps. Generally, this kind of caps features the text “me when X (a situation) happens” situated on the red strip with the white font.  They are especially funny since they are very relatable to different kinds of people from different backgrounds, even if they don’t know where the image is coming from. The viewers of this specific kind of caps don’t even need to be Turkish to laugh at them. In this example, a man from a popular funny Turkish Youtube music video is featured to highlight the sadness we feel when we have no incoming messages. Don’t we all feel like grabbing some sand and letting it go through our fingers, like the passing of time in an hourglass?

As a result, the huge popularity of caps amongst Turkish youth became an inseparable part of online humor, with caps being made of any funny situation taking place in the public domain, be it politics, social observations, or anything else that becomes popular and known in culture. Many advertising companies followed suit in order to appeal to a younger audience with a lighter tone.

In figure 4, a brand of gum, Falım, taps into the caps craze in an attempt to target younger audiences by sharing caps like images on its Twitter page.

Hopefully in the future, there will be more research tapping into other, different kinds of Turkish caps and their implications for online humor, since there are many aspects to them. The website Incisozluk is often criticized for employing a misogynistic and also a Turkish- nationalist language in some of their articles, as well as in some of their caps. Beyond only categorizing main types of caps visually and in terms of their humor sub-category, the implications of language and images need to be studied and analyzed more closely.  Besides the discipline of cultural studies, even business and marketing academics might be interested in researching the adoption of such Internet humor and caps visuals by global companies in order to reach younger target audiences.

Goksu Akkan is a PhD Communication student at Blanquerna – Ramon Llull University in Barcelona, Spain. She obtained her BA from the University of Birmingham, UK and MA from Kingston University, UK. Her research interests include internet humor, science fiction television and films, utopia and dystopia studies and internet cultures.

comScore. (2009, May). “Turkey has 7th largest and most engaged online audience in Europe” [Press release]. Available at: http://www.comscore.com/Press_Events/Press_Releases/2009/5.