On September 21, 2018, Mitch Kamiel brought together New School students, faculty and family for a thoughtful tribute to his older sister, Deanna.

I was in attendance that somber evening in the auditorium at Alvin Johnson/J.M. Kaplan Hall. My understanding of the person Deanna Kamiel was had been almost entirely informed by the others in the room as they shared such touching memories, tender anecdotes. Their remarks moved me in such a way that left me feeling robbed of the opportunity to have known her on a more personal level.

I let myself become immersed in the energy of the room that night, from the heaviness of broken hearts to the uplifting glimmer of hope in stories told of shared and sacred memories. I could feel the world Deanna left behind, and it was full of warmth, of loving friends, family, and colleagues.

To her family, Deanna was an adventurous, driven woman. Her life was a continuous journey of growth, as she made her way from Canada, to Minnesota, to New York City to pursue her dream of creating impactful, meaningful work.

To her friends and colleagues, she was a passionate educator and a focused documentarian, humbly serving her students and the many audiences who have had the pleasure of viewing her work.

To her students, she was more than a professor. She was a lifetime supporter and friend who saw something in them and pushed them to the potential she knew they were capable of.

Everyone around me had lost a special part of themselves in losing Deanna. It suddenly felt very selfish of me to feel like I was the one missing out.

My relationship with Deanna exists in another reality, as I was indeed able to get to know this remarkable woman. Isn’t it a particular sort of magic to be able to learn from someone who has left us?

In my personal view, it is a sign of a life well-lived when even after someone has gone they’ve managed to leave behind a particular impact, one that speaks volumes of their character.

In that night alone, I’d learned about a woman seemingly predestined to leave her mark through her art and motivation, to push and mold eager minds. Through Deanna’s encouragement and guidance, the individuals who knew her best became that much more equipped with the courage and confidence to go on to make a difference.

We can honor the memory of such an inspiring, influential woman by doing what she knew her students could do: discover and believe in our talent, and then go on to leave our mark on this world. 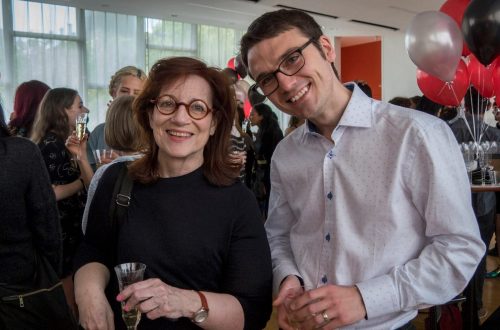 A Constellation of Protagonists 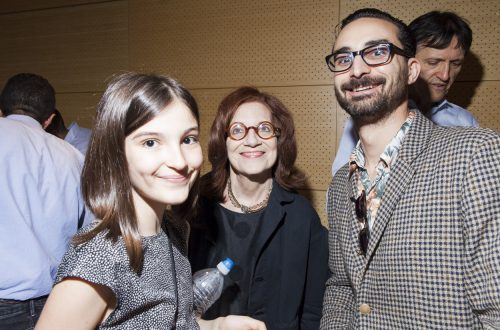