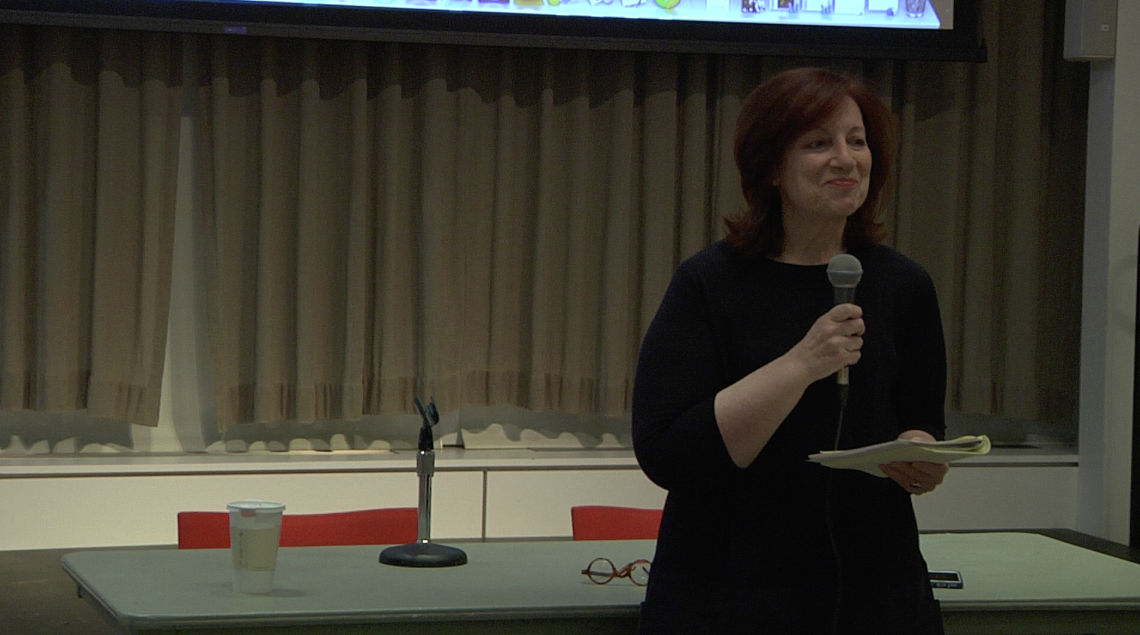 “Fab!” is what Deanna would enthusiastically exclaim whenever I told her good news. Her open arms and sincere joy at the successes of her students confirmed and encouraged each small step in our journey to become documentary filmmakers.

That “Fab!” wasn’t just reserved for good news. She audibly yelped it when she saw a cut or shot she loved in an edit. In that one-syllable shortening of the word “fabulous” was Deanna’s love of documentary film and education. She had a deep passion for films that were non-predictable in their form and content. She spent hours with her students dissecting the great works of documentary film to show us the various tools we had to express ourselves in this moving picture medium. She pushed her students to dig deeper into their process to critique their own work–developing filmmakers with a distinct voice that never relied on tropes to express the nature of a film.

Most of the great directors in film history create works that are layered and can live on beyond the time and space in which they were created. These works form thoughts and feelings in their viewers, but are not didactic or definitive. As I reflect on Deanna’s influence on my filmmaking process, I see she worked in the same way with her students. She taught us the nuance of metaphor and the power of symbolism. Her teachings would offer us a guide to move forward, while asking questions about what we were seeing. Deanna taught us how to see the world in a new way while believing in ourselves. She didn’t just form filmmakers, rather, she formed new citizens of artistry.