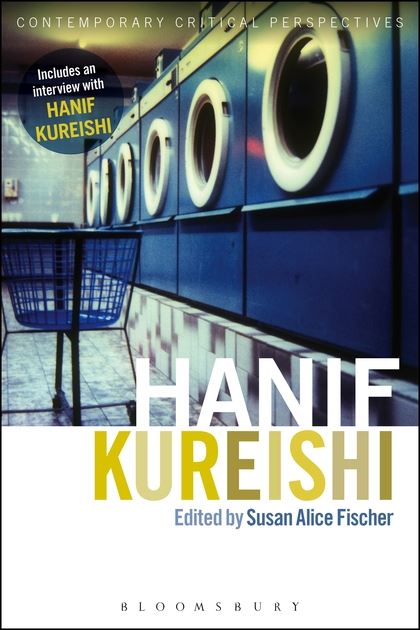 Although Deanna Kamiel is best known for her documentary work in film and her early television journalism, my own recollections are most vivid in our conversations about writing and the power of words and ideas. Indeed, one of her long-running courses was named “Television and Ideas.” Among her favorite writers was the British-born South Asian, Hanif Kureishi, to whose work she consistently returned, and to whose films she directed her most inspired writing. Because this aspect of her career is less familiar to our readers, I will focus on her essay in a book on Kureishi which itself was the result of a conference in London in which Deanna had participated. The essay, “‘I Believe My Eyes’: The Transformative Cinema of Hanif Kureishi” is, if one is permitted the term, classic Deanna, for it mobilizes her theoretical bent towards the world of art and artistry as she moves effortlessly from one to the other. She references several canonical film theorists to convey the texture of cinematic meaning in two of Kureishi’s films in a way that only someone with a deep knowledge of both concepts and creative practice would be able to do. In this short essay, therefore, I want to share some of the power of Deanna’s writing with the reader in the belief that she would have wanted to communicate the pleasure of the written word and all it conveys in our continuing investigation of the image.

The essay is, first of all, itself highly cinematic. Set in the Britain of prime minister Margaret Thatcher who brought sweeping changes to the political scene there in the 1980s, we get a sense of the impact of the Iron Lady’s harsh economic policies for her post-imperialist agenda. Onto this scene bursts the enfant terrible Hanif Kureishi who brings to view for the first time the hitherto invisible world of immigrant London and its suburbs. Deanna’s essay shows how the very idiom of cinematic culture shifts with the making of My Beautiful Laundrette, written by Kureishi and directed by Stephen Frears in 1985. It presents, not Thatcher’s grandiose vision but one that is multiracial, mixed, class diverse, and sexually transgressive. A brilliant satire on the entrepreneurial values espoused by the conservatives, the film deals with a young man of South Asian descent, Omar, who buys a failing South London laundrette and turns it into a flourishing business along with his gay lover, Johnny, a working-class youth who has hitherto been part of a fascist skinhead group. Neither white nor brown communities come off well in this story of upward economic mobility in a changing Britain, enraging both groups with the film’s daring irreverence. Critically and commercially successful abroad, but excoriated by the British conservative press for its “general disgustingness,” the film, Kamiel tells us, exemplified at its heart “a fierce struggle over representation.”

Kamiel’s unpacking of the techniques used to carve out a new kind of space for representation is masterly. Here is one passage quoted at some length that particularly stands out to me, although the entire essay is full of insights:

At a crucial point in the film, that sense of shock (seeing Omar’s childhood classmate Johnny in a fascist rally) is reconstructed as it were in a quiet scene between Johnny and Papa, Omar’s father. Papa has come late to the celebration party for the newly transformed launderette. All the celebrants have left, except Johnny. Papa takes Johnny by the hand, affectionately. The two share a medium shot, standing and facing each other, warmly and intimately, in the frame. Papa kids Johnny about the fancified launderette.

“I thought I’d come to the wrong place,” he says. “That I’d suddenly found myself in a ladies’ hairdressing salon in Pinner, where one might get a pink rinse. Do you do a pink rinse, Johnny?” Then he pauses, looking at Johnny all the while. Suddenly he says: “Or are you still a fascist?” . . .

The moment is unexpected. Shattering, to use Benjamin’s term. The camera acts for us, creating as Benjamin wrote, the necessary catharsis. Papa is now no longer in the shared frame. He is alone in a close-up, on a bench, gazing up at the off-screen Johnny. Johnny too is now alone in his frame as the camera cuts to him, and at the same time moves in. However, the camera move is not a simple zoom. It is a dolly move. As it tracks closer to Johnny, the plane of the film space contracts and we feel the weight of accusation. Johnny is off-guard, speechless, moved. Something has changed, and we are renewed

Further along, she notes that the film, “an imagined story in an imagined city, full of spectacle and artifice, satire and fantasy, stylization and surrealism” (p. 29), is nevertheless a way to experience a new kind of Britishness, utterly convincing and believable in its feel and texture. Similarly, she lays bare the inner soul of another of Kureishi’s films, Venus (2006), in which eros and aging are the subject. It is the story about a dying man’s infatuation with a young working-class girl, and was inspired by Diary of a Mad Old Man, a novel by the Japanese writer Junichiro Tanizaki. Deanna’s analysis of this film is brilliant and persuasive. Here is a beautiful passage:

“He has a passionate dilemma. His sexuality is alive only in the abstract, yet he must find a means to give it enduring death-transcendent form. This quixotic mission is the film’s central imperative: giving form–a cinema of the real–to an idea of desire. Sexual fulfillment is not possible; therefore the idealization of it becomes all the more compelling. This is a love story that places its romantic hero at considerable disadvantage. Yet, true to the Kureishi mode of dialectical irony, this is less an impediment than an inspiration.”

Deftly weaving in Bazin’s notion of the enduring image and his belief that images “create an ideal world in the likeness of the real,” Deanna goes on to give us glimpses of key scenes with characteristic insight and humor. My favorite is the one in which she describes the girl, Jessie, and her admirer Maurice (played by Peter O’Toole) are seated in an enormous limousine.

The satire develops as Jessie, impressed by the luxe car, says to Maurice: “You must be really famous.” And O’Toole replies to deadpan effect: “Oh I am, I am.” Then, as if to underscore, sardonically, the moral high ground the film will eventually bequeath her, Jessie asks the chauffeur to open the car’s roof panel and proceeds to stand up on the seat and stick her head out the top. Her reward is a triumphant panorama of the London cityscape. O’Toole’s reward is an equally triumphant panorama up Jessie’s skirt

Deanna’s description of what she terms the film’s landscape of old age is at once stark and optimistic, for Kureishi, she notes, takes us to an imaginative realm, “a place not real, yet true.” The imagination, she declares, is a free zone, a space where transformation can occur, and where radicals and subversives are born.

There is much to learn from Deanna’s writing style. It is pithy, poetic, powerful! Each word feels polished, just like she expected each image in a film to be. Like the theorists she admires, Andre Bazin and Walter Benjamin, she tends towards the aphoristic, the telling detail that suggests larger socio-political and philosophical meanings. In short, this essay is full of delights, revealing the intelligence, humor, and warmth of its author.

Getting to Know Deanna Kamiel